I really want to read now but I set an intention to write a blog post and feel I must fulfil it.

It’s toward night now. Whatever the time my blog says I wrote this, don’t believe it. The man  is trying to screw with your brain or rather Blogger has me on Australian time and I live far away from Australia. This is the second time I’ve mentioned this and you figure I’d have it fixed by now, but it would ruin the conversation piece.

Made whole wheat spaghetti with a homemade sauce and me and Roe actually enjoyed it. I know people say no carbs, wheat belly, radiation has wiped out the soil or something; the last good crop of wheat was in the sixteen hundreds, but the spaghetti was very satisfying and what satisfies the soul satisfies the body so the stuff  I cooked tonight was practicality a health food.

I really want to read, but I’m writing this damn post and the tragedy is after I’ve finished it’s my turn to do the dishes. I might hold them off until one in the morning. Then I can read, do a meditation, walk around the room. Everything. 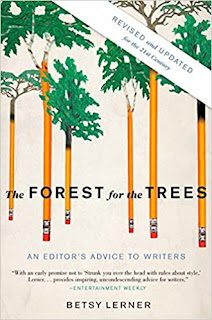 I read the first edition and rather liked it. I'm starting the second edition of The Forest for the Trees by Betsy Lerner tonight. It's about writing and writers from a mass market editors perspective, now "updated for the 21st century", curious about what she's changed.
Posted by David Alan Richards at 6:54 PM

Email ThisBlogThis!Share to TwitterShare to FacebookShare to Pinterest
Labels: spaghetti, The Forest through the Trees by Betsy Lerner